A lack of genotype-phenotype correlations in many neuromuscular disorders can make it difficult for doctors to manage diseases and give advice on prognosis and disease trajectory to patients. In addition, it may hinder clinical research. Our most recent paper by Pogoryelova et al, a systematic review and meta-analysis, examines this problem and demonstrates that key aspects of the disease, like loss of ambulation, are influenced by the precise gene mutation. This information will be useful to treating physicians and should be taken into account when designing clinical trials.

GNE myopathy is a rare muscle disorder that usually presents with foot drop and distal weakness in young adults and progresses to loss of ambulation over the course of 10 to 20 years. The condition, caused by different mutations in the GNE gene, is found world-wide, but has a higher incidence in populations with founder mutations such as the Middle-East and Japan. Most mutations including the founder mutations in Israel and Japan are missense mutations that are expected to reduce the enzymatic activity or abundance of the GNE protein to different degrees. However, wide phenotypic variability has been observed even for patients carrying the same GNE mutation, with onset ranging from 10 years to 60 years of age. Our study used 2 data sources – from published literature and from the GNE registry – where both clinical information, e.g. age of onset, and genetic information, e.g. the causative variants in the GNE gene, were provided on an individual basis to determine the contribution of the GNE mutation itself vs other factors to the phenotypic variability. Through statistical analysis and modeling we were able to show that, while the GNE mutation remains the genetic cause of GNE myopathy, the GNE genotype explains only about 20% of phenotypic variability observed. This suggests that currently unknown, potent modifiers – genetic, epigenetic or environmental – contribute to the severity of GNE myopathy. Further research in well characterized patient cohorts may be able to identify those factors, potentially opening new avenues for therapeutic interventions.

A spectrum of symptoms and large variability of age at onset and nonambulatory status was observed within families and cohorts. We estimated that 20% of variability is explained by GNE mutations. Individuals harboring p.Asp207Val have an expected age at onset 8.0 (s.e1.0) years later than those without and probability of continued ambulation at age 40 of 0.98 (95% confidence interval [CI] 0.96–1). In contrast, p.Leu539Ser results in onset on average 7.2 (s.e.2.7) years earlier than those without this mutation, and p.Val603Leu has a probability of continued ambulance of 0.61 (95% CI 0.50–0.74) at age 40, but has a nonsignificant effect on age at onset.

GNE myopathy severity significantly varies in all cohorts, with 20% of variability explained by the GNE mutation. Atypical symptoms and clinical presentation suggest that physical and instrumental examination should include additional clinical tests. Proven and measurable effect of GNE mutations on the disease severity should be factored in patient management and clinical research study for a better data interpretation. 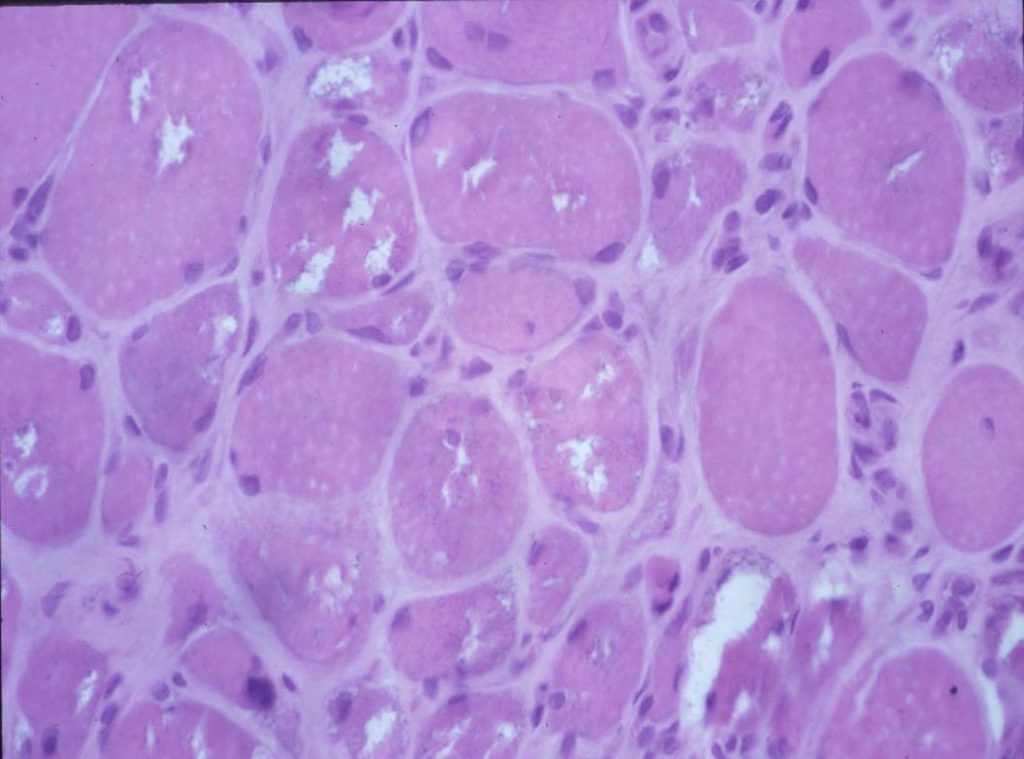