In rare diseases like the congenital myasthenic syndromes and other disorders of neuromuscular transmission, research results are frequently the result of international collaboration. Patients may be seen in clinic in one country, their DNA sequenced in another country, and the data analysed in a third, or researchers from multiple countries may come together to answer other important questions where evidence is lacking. Here we summarise three recent papers on different neuromuscular transmission defects – myasthenia gravis, CHRND-related CMS, and DOK7-related CMS – that share this theme of working together internationally to find results. We are delighted to have the opportunity to work with colleagues from all over the world on so much of our research work.

Unlike the inherited forms of congenital myasthenia, myasthenia gravis (MG) is an autoimmune disease in which antibodies react with structures of the neuromuscular junction, leading to impairment or failure of neuromuscular transmission. Several existing therapies for myasthenia gravis are available and others are in the drug development pipeline. As the choice of therapies increases, it becomes increasingly important to comprehensively evaluate the economic costs of living with myasthenia gravis to provide a baseline for assessment of costs of future therapies. In Landfeldt et al., 2020, we performed a systematic review of the literature on economic costs of myasthenia gravis. Estimates of costs of MG were found for eight countries, with a mean per-patient annual direct medical cost of illness estimated at between $760 and $28,780, and cost per hospitalization between $2550 and $164,730. Costs varied considerably by patient characteristics, type of therapy and need for hospitalization. However, the current body of literature of costs of MG is sparse and limited in terms of geographical setting and resource categories. This review will help identify gaps in the local health economic context of MG and inform future economic evaluations in this patient population.

In Bonanno et al.,2020, a novel variant in an acetylcholine receptor (AChR) gene is described that causes congenital myasthenic syndrome (CMS). The AChR is composed of four subunits and in this article variants in the δ subunit are described. Mutations in this subunit are rare, but are associated with a severe, early onset form of the disease that often has respiratory involvement. Two young sisters were admitted to hospital with a number of symptoms including hypotonia, swallowing difficulties and respiratory distress. Treatment was initiated but unfortunately in both cases the girls died before the age of 5 months. Genetic analysis revealed two variants in the CHRND gene, one of which had not previously been described, thus helping to expand the clinical spectrum of CMS associated with CHRND gene mutations.

Limb-girdle congenital myasthenic syndromes are a specific phenotypic subgroup of CMS in which patients present with weakness in the proximal muscles of the upper and lower limbs. Symptoms typically begin slightly later than other forms of CMS and may resemble other conditions causing limb-girdle weakness such as limb-girdle muscular dystrophies and myopathies. Mutations in the DOK7 gene are a significant cause of unexplained limb-girdle weakness and can be challenging to diagnose, since patients may lack some features that immediately lead the clinician to suspect a CMS. In DOK7 -CMS, patients may have fluctuations and fatigability that presents over longer periods rather than within a day; EMG results may not reveal a neuromuscular transmission defect unless proximal muscles are tested, and patients do not respond positively to esterase inhibitors. However, since DOK7-CMS is responsive to salbutamol, it is important that these cases are identified so that therapy can be implemented. The aim of the study by Lorenzoni et al., 2020, was to assess the prevalence of DOK7-CMS in a Brazilian population presenting with unexplained limb-girdle muscular weakness. Genetic analysis of 34 patients estimated the minimum prevalence of DOK7-CMS in this population to be 2.9%. The authors highlight that clinicians should look for the presence of mutations in DOK7 when presented with a case of unexplained limb-girdle muscular weakness. 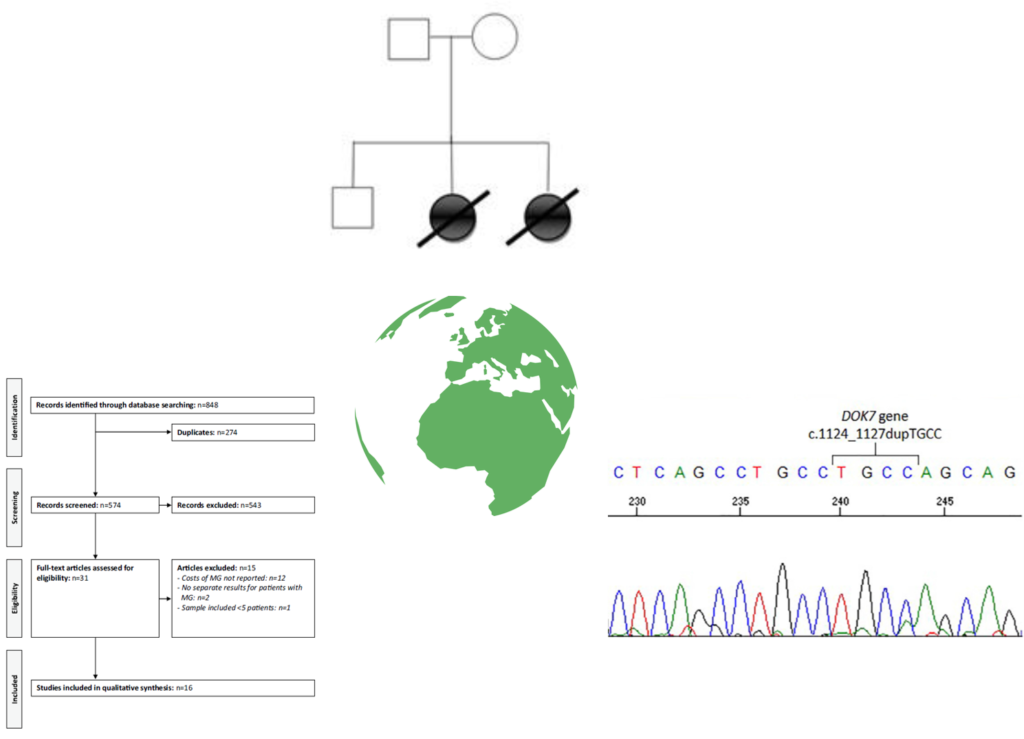 On Saturday June 11th we were delighted to welcome individuals and families living with facioscapulohumeral muscular dystrophy (FSHD) and members of the FSHD Society to...

May 2022 Issue of the Journal of Neuromuscular Diseases Available Online

The Lochmüller Lab is pleased to share that the the Journal of Neuromuscular Diseases has published its third issue of 2022! In Volume 9, Issue...

The Lochmüller Lab is excited to share that as of March 14, 2022 our site at the Children’s Hospital of Eastern Ontario (CHEO) has registered...

We’re delighted to announce that a new registry for patients with congenital myasthenic syndrome (CMS) has just been launched within the Canadian Neuromuscular Disease Registry (CNDR).  This...

This February the Lochmüller Lab took a break from the research benches at the CHEO RI to visit the Rideau Canal Skateway. A UNESCO world...

January 2022 Issue of the Journal of Neuromuscular Diseases Available Online

The Lochmüller Lab is pleased to share that the the Journal of Neuromuscular Diseases has published its first issue of 2022! In Volume 9, Issue...